We wanted to solve a problem that was real for us, something that we could get value out of. We decided upon Vocally as it solves an issue faced by a lot of people during job interviews, presentations, and other occasions which include speaking in a clear and concise manner. The problem was that it takes a long time to record yourself and re-listen to it just to spot any sentence fillers like "um" or "like". We would like to make it easier to display statistics of one's speech.

Using flask as an API was easy, but we initially tried to host it on GCP, which proved to be difficult as our firewall rules were not configured properly. We moved onto pythonanywhere.com for hosting. For the front-end, we first decided to take a look at the Flutter framework to be able to make the application mobile accessible but the framework was introduced in 2018, and there were a lot of configuration issues that needed to be resolved.

Getting the sound recorder to work on the front-end took longer than expected, but the end result was very satisfying. We're proud that we actually achieved creating an end-to-end solution.

Exploring different framework options like Flutter, in the beginning, was a journey for us. The API that was created needed to delve deeper into the python programming language. We learned about various syntactical and natural language processing techniques.

What's next for Vocally

We may re-explore the concept of natural language processing, perhaps build our own algorithm from scratch and do more over a longer time period. 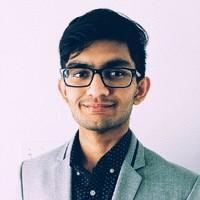