We wanted to use an oculus rift, and wizard's chess seemed pretty cool

A chess game for oculus rift in which the player can walk around on the board. Online multi-player is also implemented

Server was written in Golang, client was created using Unreal 4 with C++

Getting libraries to work with unreal: the provided headers failed to compile Getting networking to work

Getting networking running A working move checker on the server

Don't use Unreal Also, bring a more powerful computer if we want to use VR 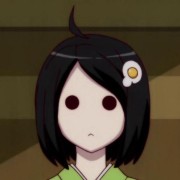