This past summer, one of our teammates had heart surgery that went longer than expected. During the surgery, her blood clotted, and the clots traveled to her lungs. To save her life, she was placed on a medication called Warfarin.

Patients who are taking Warfarin have to keep their intake of Vitamin K the same each day. The provider can adjust the dose to allow for any Vitamin K amount, but the intake must be consistent. Too much Vitamin K will block Warfarin's blood-thinning effects, leading to clots, whereas too little may cause the blood to become overly thin and trigger internal bleeding.

Manually tracking daily vitamin K intake and keeping it the same each day is burdensome and often error-prone. Most nutrition, recipe, and diet apps do not include an easy way to view and track vitamin K.

The question our team tried to answer is “How can we make it easier for patients who are taking Warfarin to expand their horizons and spend less time tracking vitamin K or worrying about what they eat while still staying safe?”

Our answer was to create the Vitamin K Recipes and Tracker android mobile application.

Vitamin K Recipes and Tracker is an android app that helps users keep their daily intake of Vitamin K consistent.

It calculates the Vitamin K (Dihydrophylloquinone) Content in a recipe with one or more ingredients after fetching and summing the vitamin K content of the individual ingredients of the recipe from the Edamam Nutrition API.

By displaying the previous day total simultaneously with the weekly average, the User can easily adjust their consumption to keep their vitamin K intake relatively uniform over time.

Before we started building the app, we made a google doc with a flow diagram and a description of what we wanted each activity to do. We made user stories and some basic wireframes, although we didn't finish them because of time.

Some of the tools our team used to code were Android Studio, Postman, and the Edamam API.

24 hours wasn't really enough time to build what we envisioned. We had a difficult time getting the code pushed to GitHub to work on everyone's computers with various OS and Android studio versions. We ended up putting in a mentor ticket to figure it out.

Fully half of our team had no previous Android experience, so even getting anything up and running felt like an accomplishment!

The Edamam API proved difficult to work with on android, even while using Retrofit as none of our team members had any prior experience with it. At one point Saori was able to get API data but couldn't show it to the emulator.

By 3 hours to the end of the hackathon, we realized that we weren't going to be able to get what we originally planned to do.

Mostly we are proud of coming out to the hackathon and attempting a project!

Time management is really important, as well as keeping a realistic scope for a Hackathon project.

Ann and Sumaiyya both used Android Studio for the first time. Ann learned about the process for designing an app, including what a wireframe and activity were!

Saori did a deep dive into APIs and using Retrofit with Android studio to use REST APIs within mobile applications. Although this part of the app didn't end up working, Saori worked with several mentors and learned a great deal.

Obianuju worked with parsing and learned about adding functionality to store data from the android app to local files, as well as with the API and Retrofit.

Getting GitHub to work correctly was a challenge, but the entire team learned a lot in the struggle.

We would like to one day see Vitamin K Recipes & Tracker be available for real patients using Warfarin, but first, we need to build out all of the screens, not just the weekly average, and find a way to get the API to work, and to have an app that has multiple users. It may be even be reimagined as a web app! 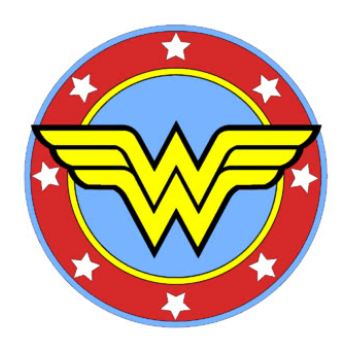