Several months ago I travelled across London to a warehouse in the East End. Cobwebs, dust and dirt greeted me as I opened the warehouse door. And what followed was one hour of chasing through an abandoned hospital. Avoiding zombies; getting clues form mad scientists; and working out where the escape route was located.

An amazing experience that is part of a growing trend in the UK of immersive theatre and immersive entertainment. Where an interactive Star Wars cinema show can command ticket prices of £78; be sold out days in advance; and be on the top five box office listing in its opening week. Not to mention sales of souvenirs of the experience. Sony decided that the best way to launch its new PlayStation 3 Game through an immersive “and darkness descender” experience. As putting on immersive experience can be a lot cheaper than a conventional launch, and engages consumers in a new and innovative way.

A survey of millenials (18-35) and generation Xers (36-48) found that 78% and 71% respectively like it when brand, product or entertainment producers make an active attempt to capture their imagination.

Therefore we wanted to tap into this market of real-life immersive theatre and another market - the growth in demand for augmented reality and fully immersive gaming.

Our idea is of an immersive augmented reality ‘Google cardboard-style’ headset for the smartphone using FLIROne to produce a thermal world for navigation in the immersive ‘Nupocalypse’ world and kill the mutant ‘actors’ in a paint-ball-style experience. (Something that has not been done before).

‘Nupocalypse’ is a world created following a nuclear explosion in darkest Redona - a small town in a newly created independent state. Guided by two members of the military, participants need to get past mutants to reach an abandoned airport to be airlifted out of there.

A full user experience pathway is added as an attachment (UserE Uvita Oscura).

The advantages of the use of FLIROne are that the immersive experience may use smoke and FLIROne is not affected by smoke. The use of thermal imagery for detection is in keeping with the storyline of a nuclear apocalypse producing radioactive mutants. FLIROne is within the price range, is within the spec needed and is user friendly enough for the purpose of this combined virtual/real life experience.

Our initial vision for the Uvita Oscura is of it being part of this immerse real/virtual world experience, where FLIR’s technology and the augmented reality viewer are used to enhance the theatre experience created.

The theatre experience we envisage for this product will use viral marketing campaigns used by similar immersive experiences, such as YouTube clips, media hype and secrecy and the use of secret passwords to enter the experience arena.

As a new twist, we will use FLIR’s Twitter followers to crowdsource ideas for Nupocalypse to engage FLIR’s existing fan base to make them feel part of the experience and more likely to attend.

The experience will be outsourced to an event agency.

Accomplishments that I'm proud of include producing something function with a technology that is very new to us, and thinking ‘outside the box’ with this idea.

What I learned is to try and keep the technology solution as simply as possible.

Money could be made from ticket sales; sales of souvenirs; and sales of FLIROne after the event at a testing pop up store. 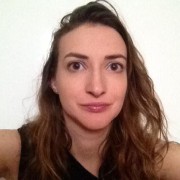