Inspired by Our World in Data, I wanted to show how different metrics in the world are improving dynamically to create a 'wow' effect.

Created at Wild Hacks 2015, this project is meant to show that despite popular media claiming otherwise, there has been no better time to be alive. Education, life expectancy, sanitation and other factors are strongly on the rise while others such as poverty and risk of disease are sharply in decline.

Struggled with tiny implementation details in D3.js and Three.js that are difficult for a beginner.

The different animated maps -- the globe, bubbles and animated choropleth.

How to make animated visuals to tell compelling stories as well as how hackathons work and how to stay alive after coding for nearly 24 hours.

I don't know, but will probably try to expand it to show how the world is doing much better than we give it credit for. 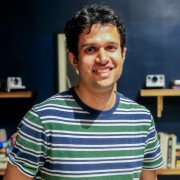