Visually impaired people are not able to sense the world around us as easy as we do. With the help of IoT devices and Computer Vision, we built VisualAssist, an app that helps them explore the world around them freely.

Users, especially visually impaired people, can use VisualAssist to learn about their surrounding environment. 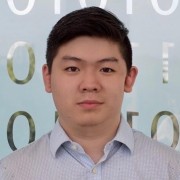