Inspiration: Human trafficking is a silent epidemic. Citizen Journalists might never suspect that a neighbor has a young woman held captive against her will and who’s never allowed to leave the house for ten years. Or that women and children have been kidnapped from their homes and sold into slavery in a chilling new moneymaking operation by Islamic State leaders in a foreign country. Citizen Journalists that think a human trafficking situation is captured in an image or video with a camera or digital recorder, can submit the content for analysis for a "Visible Indicator."

What it does: Allows the public to submit digital images or live stream video for analysis of emotions such as fear or sadness.

How I built it: Using HTTP Live Streaming and Microsoft Azure integrated with Cognitive Services Application Program Interface (API) called Emotion Recognition, I developed a solution for users to upload any digital image from their device for analysis of emotions.

Challenges I ran into: There are Microsoft-specific parameters that required some clarification such as how to create and "Ocp-Apim-Subscription-Key."

What I learned: Even minimal training in human trafficking awareness and identification of human trafficking indicators such as fear can lead to freeing victims and prosecuting traffickers. Think United States Department of Homeland Security (DHS) Blue Campaign

What's next for: Add video parsing and segmentation to Visible Indicator. 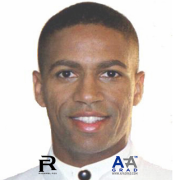