Overview In The Github ReadMe has lots of images. Probably better to view it there. https://github.com/aquabu/virtue-dao

Code served up here, you would want MetaMask. https://aquabu.github.io/virtue-dao/

There's more functionality spec'd out than I could get to. Keep in mind I was a solo contributor doing full stack dev, design and product design.

The Virtue DAO is a new kind of decentralized autonomous organization that incentivizes virtuous swarm of autonomous agents aligned with the DAOs mission. Allies receive continuous EnDAOment funding based on their virtue. It's a Decentralized Autonomous Organization (DAO) with no proposals!

Not suitable for funds you do not want to loose yet. Development and security audits needed.

The Problem With DAO Proposals

BUT proposals take a long time to write, read and vote on. Voter turnout is often very low. Waiting for permission for proposals is not fast enough in fast moving scenarios or in large communities with lots of localized expertise and decisions. Although proposals have their place, they are not in the spirit of permissionless action and do-ocracy.

Virtuous Swarms of Agents With No Proposals

As a metaphor, consider a monastic order where individuals gain access to the resources of the monastic order based on adherence to the codified precepts. Monastic virtue and decentralized alignment towards a common mission are social algorithms. When the agents of an order (monks, knights, artists, activists) remain true to their mission and precepts, others who are inspired by their actions donate to the endowment. Mission and virtue based organizing has been critical in human history and its likely to remain so as long as there are humans in the loop.

To get more utilitarian, many organizations have a mission, stated values and KPIs. These can be translated into the Virtue DAO framework.

Here are some example "virtues" as we use them in the context of the Virtue DAO:

To support the allies of the DAO, patrons can deposit funds using Compound.finance and rDAI. The underlying DAI stable coin is then lent out to borrowers. The interest from the loans is then used to fund the Virtue DAO allies on an ongoing basis. You can imagine this is similar to a credit union where the loan interest is dedicated to a social purpose.

In addition the Virtue DAO can take direct grants of DAI to be disbursed to allies directly.

Ally Recognizes Another Ally's Virtue by Awarding Them Virtue Points

Ally Claims Fellowship In Proportion To Their Virtue

Each user's virtue for the current period is calculated as:

To lower computation this is simplified by only storing the current virtue ratings and running a decay(Users, Virtues) function once and only once per period.

For the current period each ally can withdraw:

Each period, each ally of the Virtue DAO receives an allocation of virtue points. They can award these generic virtue points to any person for a specific virtue established by the DAO.

When the DAO is deployed there is an awardableByInitialAllyAmount. This is given to initial allies each period to make sure there are always some people who can continue to recognize virtue for the DAO. This amount should be less than the awardable amounts people control in an active Virtue DAO.

Each users allocation of points for the given period is

Why bother having virtue points? Why not issued a stable coin directly?

The intent of the Virtue DAO is to continuously fund virtuous people achieving a mission. Virtue points are used to calculate the proportion of funds to allocate to each ally and to control how virtue decays over time. The decay of virtue is important for maintaining continuity, adapting to the changing activity of allies, and the ongoing incentive to adhere to the virtues of the DAO.

Do you apply for membership to the Virtue DAO?

No. If you have virtue you are considered an agent of the DAO and can claim a portion of the continuous distribution of funds. You also can award other people virtue.

Do you keep your points virtue forever?

No. Virtue decays gradually over time. You must keep being virtuous and aligned to receive benefits.

How is Virtue initially distributed? What if no one has remaining virtue?

The initial agents can distribute some amount of virtue in every period, regardless of their current level of virtue. There may be a better solution to this, but we need to avoid locking funds because everyones virtue has decayed and no one should receive any points. 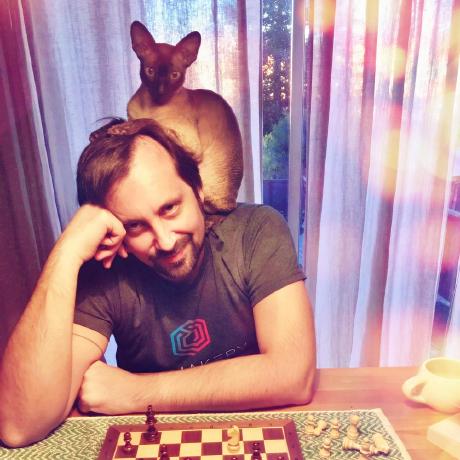