Use image recognition in a unique way to recognize poses. Make something fun!

A dance along to Village People's YMCA. Touch floating orbs for points as you dance and score bonuses for hitting the Y, M, C, and A poses at the correct time!

Getting Watson to correctly classify poses that can be somewhat similar (and even hard for humans to distinguish without context).

Creating a separate camera that was Watson's view into the game in which we could eliminate noise and give additional cues by color coding limbs (but the user doesn't see this).

Full body capture and dancing in VR is quite fun. Even after 24 hours of listening to YMCA, it doesn't get old. Watson is a powerful tool for reducing developer time to create games.

More songs. More dancing. Proving out the utility of recognizing poses in VR. 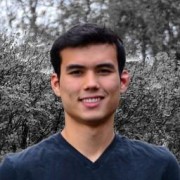