We were inspired to make this project when we saw how boring and non-interactive online classes were. We also wanted to interact with friends and family across the world, so we made Virtual Chat!

Virtual Chat allows you to connect and interact with your friends and family across the world, bringing the world closer together using ar and vr systems. This has the capability of being expanded and used in combination with other existing services. This is a unique solution, as there is nothing like it in the world.

The Godot game engine was used to make it run. The graphics were primarily done in Blender and Gimp. The video editing was all done using Adobe Premiere Pro and Adobe Audition.

While trying to make a system to track the phone’s motion, if the wrong value was used then the screen would appear as if the phone is flying away in a random direction, making it tricky to determine what wasn’t working and fixing it. Additionally, the Godot game engine was used to make it due to our familiarity with it. However, Godot doesn’t have a built-in ARCore system for Android, though the plugin has been in development for over a year. The plugin wouldn’t compile on my system so I decided to make my own system that isn’t as advanced, but it was able to work. This restricted us to only being able to use VR and not AR.

Given the short time frame and having to change ideas often, it seemed impossible to get it done in time. However we worked hard and were able to make almost what we wanted within the time we had.

We learned how to include a phone’s sensors, so that it is able to determine its motion precisely enough to allow for it to be used in VR. We also learned to work together as a team, and benefit off of each other’s strengths. Lastly, we learned a lot from the workshop sessions, such as how to use google cloud, which was a potential idea for one of our other ideas that we scrapped.

What's next for Virtual Chat

Incorporating the ability to use dedicated VR devices like Oculus Quest or HTC Viveto allow for better quality, hand tracking, etc. A phone isn’t enough by itself to have these features. We were unable to add this for the current version due to lack of access to a dedicated device. This also has the ability of being expanded to social media sites, and messaging sites.

Does it tackle a real-world problem? Our goal was to bring back interactivity in meetings that can no longer happen during quarantine.

Is it a valid solution to the problem? Our project solves this problem by being a more interactive way in which you can experience talking to people, going to business meetings, and more.

Is it scalable and sustainable? Yes it can adapt to a variety of situations and be used beyond the current pandemic. This can also be used for friends and family around the world that you cannot visit in person, making the world a much smaller place.

Does it improve society / solve an important world problem? Currently, online meetings fail to have the interactivity of in person meetings, and this solves that by being the next best thing.

Does the project demonstrate that the team challenged themselves? Yes, making a system that works without dedicated hardware such as an oculus quest requires accounting for a lot more variables. This app should be capable of running on nearly any phone. We will aim to improve our product in the future by using one of these dedicated VR systems if we gain access to one (wink wink) to add more features. Since we didn’t know how to use the proper vr sdks, we used a different program and tried adapting it for our needs.

Did the team select and use their technologies effectively? Yes, it incorporated the accelerometer and the gyroscope on smartphones, to help make it function on almost any device.

Is the project extensible? Yes, it can be made to function on higher end vr systems such as implementation of Oculus VR and take advantage of their features such as hand controls and other platform specifics. However, we were unable to integrate this due to our lack of access to an dedicated device.

Can more functionality be added by the team members, other developers, or even users? Yes, more features can be added such as: Implementation of VR with Oculus products like hand control for better interactivity.

Is the project aesthetically pleasing (UI)? Yes, there are easy to read buttons and text.

Is the application intuitive to use (UX)? Yes, the text and buttons are easily accessible.

Does the project accomplish its goal well? Yes, our product is a free solution which is accessible to anyone with a mobile device. 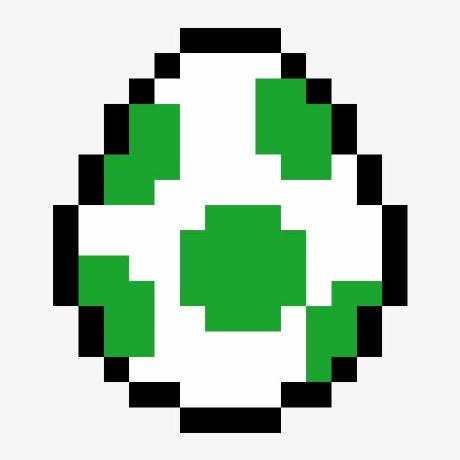