Sharing your content is sometime hard, specially if it is large files, like video. Also, if you want to make money by doing entertaining videos, it is limited by the EULAS imposed by the cloud-hosting companies.

Youtube has been criticized by its recent changes to the site rules, so we thought of a decentralized web-sharing platform, where you are the hoster of your files, so you keep full rights and responsibilities on them.

It shares videos using the WebTorrent protocol, so the videos are available to streaming immediatly, they are not hosted in a centralized server, so they are completely free of third-party licence agreements.

Using a node.js server running on Debian GNU/Linux, a SQLite database (only to store usernames, video titles, and magnet link, everything else is decentralized), and a client application made with Electron.

We are pretty satisfied with our acomplishment. The next steps to accomplish in orther to make VideoWatch.Me an usable service, is to develop a better and more secure server, a cleaner UI, a robust backend, and a less buggy application. 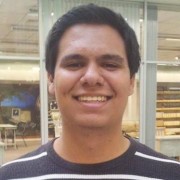