Victress Coders, a group of women coders from Malaysia are the founders of Focal. We are entrepreneurs, mothers, professionals, and newly graduated developers who want to make a difference. To do this, we have developed a crowdfunding and investment platform to make funding more accessible to women as well as encourage gender lens investing over various asset classes by investors to address the issue of gender inequality in finance.

The data shows that 15% of women received capital from venture capitalists in recent year. Despite many concerns and advocacies, we really haven’t done much (Pitchbook & All Raise, 2019). Research confirms that the growth rate of funding injected into female-founded companies has plateaued over the last few years. We strongly believe technology is the most powerful tool to address the issue immediately and sustainably.

Crowdfunding (equity or reward) as a funding alternative Previous research has found that female entrepreneurs are disadvantaged in traditional funding markets (Zhao, 2020). Access to financial capital is one of the highest hurdles to start and grow a new company (Balachandra et al., 2019; Kerr & Nanda, 2009), and the challenges faced by women entrepreneurs have been shown to be more severe than men (Venkatesh et al., 2017; Wu et al., 2019).

Given that trustworthiness is a very important factor in crowdfunding — largely due to the general lack of formal due diligence processes, institutional mechanisms, and legal consequences for false statements (Johnson et al., 2018) — the “trustworthiness” of women entrepreneurs makes them more likely to acquire financial support through crowdfunding (Johnson et al., 2018). If people feel good about their financial contributions to an enterprise such as the positive sensation one may feel in promoting gender equality, they are more likely to offer funds regardless of the actual returns on their investments according to warm-glow theory (Chemin & de Laat, 2013; Dellavigna & Pope, 2018). Crowd investors are more willing to support female entrepreneurs (Allison et al., 2013; Greenberg & Mollick, 2017). Hence, the advantage of being a female entrepreneur is likely to be greater than their male counterparts when it comes to crowdfunding.

Benchmarking The risk-return of instruments drives investors to make informed investment decisions. Traditional investors frequently make investment decisions based on the potential Return on Investment (ROI) while non-traditional investors in crowdfunding markets may donate to increase utility (Chemin & de Laat, 2013). Therefore, benchmarking the performance of gender lens investments versus other indices in the world is one way of closing the gap between men and women in finance. According to internal findings from Morgan Stanley, gender-diverse companies outperform their regional benchmarks over the last eight years, particularly in North America and ex-Japan Asia. Meanwhile, the S&P Global Market Intelligence report found that firms that appoint women to lead generated increased profits and share price during her first two years as compared to her male predecessor. Another study demonstrated that S&P 500 companies with more leadership diversity had higher Return on Equity (ROE). Among others, FTSE 100 companies with more women on their boards had higher firm value, and Chinese firms with female chairs outperformed their male counterparts between 2000 and 2014.

It is our dream to have gender lens scores to be included in companies' weighting in these indices, including the ESG-based indices, which are already picking up interests. Boston consulting group in a recent study revealed that, for every dollar of investment raised, female-run startups generated 78 cents in revenue whereas male founders generated only 31 cents. As we might expect, women outperformed their male counterparts despite raising less money ($935K versus $2.12M).

What the app does

1. Crowdfunding Focal is a crowdfunding platform (both equity and reward)for women-led businesses who seek alternative funding and an investment gateway for gender lens investing.

2. Gender Lens Investing Gateway Apart from investing in crowdfunding campaigns, investors are given avenues to diversify their investment via the gender equality funds list(source: Gender Equality Funds.org, which is ranked by gender equality scores.

3. Gender Toolkit and Social Media The app has a gender lens toolkit with three features:

4. Benchmarking (Gender Equality Funds and Equity Index) The Gender Lens Mutual Fund features a list of mutual funds with their performances over the years and ranked based on the gender lens score. Meanwhile, the Gender Lens Equity compares Bloomberg Gender-Equality Index (the only one in the world) outperforming other global benchmarks such as the Morgan Stanley Capital International (MSCI).

5) My Dashboard and Login The dashboard keeps track of and updates the user's crowdfunding campaigns and investments. The user can log in securely using an encrypted password or Google login.

There are not many gender equality benchmarking tools in the traditional or non-traditional funding markets. This creates an opportunity for us to develop our own toolkit which includes an investor risk profiler, gender lens scorecard test and media analyzer that uses NLP.

We created one of the first crowdfunding platforms for women-led campaigns which comes with a gender lens toolkit and education links to articles and Twitter. We are extremely proud of the investor risk profiler and gender lens scorecard which can be further improved using AI and Machine Learning for Robo-advising. Focal can also collect behavioural finance data to determine which investors are likely to invest in certain gender lens investment classes. Meanwhile, the gender lens scorecard is a handy toolkit for organizations of all sizes to keep gender equality policies in check. Additionally, the NLP media analyzer is useful for investors or public relations managers when drafting press releases, speeches and annual reports. The integration of Finastra Benchmark API enabled us to visualise its usage in open banking where we can update individual instruments and portfolio weights based on the gender lens score.

It takes all stakeholders to fight biases in the financial and banking system. There is a need for a more structured and unified benchmarking if gender lens investing is to be adopted on par with ESG investment benchmarking. AI/ML is also underutilised in the context of funding for women.

What's next for Focal 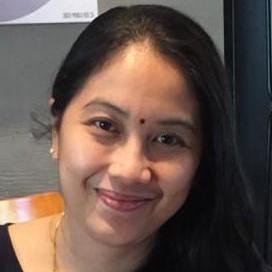