Inspiration: Working in dog rescue and getting frustrated with many other mods that tried to add better dogs to Minecraft, we thought of this project the night before we left, remembering our multiple classes in genetics, and having a plan to build a Minecraft mod that we could share in that allowed us to create mixed breeds.

What it does: This mod allows more specific dogs and mixes in Minecraft, regardless of breed as it is controlled by a genetics handler.

How I built it: Minecraft Forge API and Eclipse made it possible to use Java and extend the game to add our own things.

Challenges I ran into: It was at first extremely hard to get randomness in varieties of entities working. I was able to solve this by saving a String containing the genotype of the entity, and writing a method to make sense of it and express traits.

Accomplishments that I'm proud of: THE FIRST SIGN THAT MIXED BREEDS ARE POSSIBLE! Even though I was up until 5AM, and it doesn't look as good as I expect it to after a little bit more care and reworking of the graphics, just the fact that I can use a single extremely important String to help express all these traits is a huge step in the right direction!

What I learned: Ever since I have been modding, entities have had the least documentation and have always been the hardest to make. This mod helped build my confidence that the API does exist, and that I can do anything I put my mind to using software... AND taught me how Entities in Minecraft Forge work.

What's next: A MAJOR overhaul of everything related to the graphics. Though the husky is well done, the second dog model was heavily rushed when doing it overnight, and was done by a very tired (trust me, you wouldn't want to meet me at this time) me. After reworking that, I'd like to add more traits, which is made super easy by the fact that all I have to do is add a data manager and something to read the genotype where the trait is coded. I would also add more raw dog breeds, and a way to spawn each of these dog breeds alone rather than leaving it up to chance as it is now. (Once we get to a LOT more breeds, It's going to be really annoying to keep trying to spawn the kind of dog in with no idea of when the dog I want is going to show). This mod will be published on CurseForge as soon as we are done with a stable release, even if it's not the ultimate goal :) 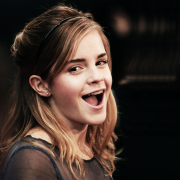