Our inspiration for this project came from dealing with complicated and large amounts of data. We were thinking of ways to make dealing with and understanding the operations performed on our variables easier, which is when we thought of Virtual Reality. We hoped to create a program that would allow us to visualize how our computers use our memory in our program.

Our program is essentially a custom compiler, which reads a program then compiles it into geometric objects in Unity instead of bytecode. This allows a developer to visualize all the variables, objects, arrays, etc. that are being used in his/her program, as well as the changes that they undergo. This process can be vital for effective trouble shooting, or for managing computer data in a better way.

The primary parts of our program would be Unity and C++. The geometric objects and Virtual Reality realm were created using Unity, while our custom compiler was creating using C++. We essentially just read

There were many challenges we can into on the way to completing this project. Our main problem was the difficulty we had with Unity, and that none of our team members were very familiar with it, yet our whole project revolved around it. We kept running into unexpected errors that took us forever to fix due to our general inexperience with Unity.

We're very proud of pushing through all the problems we encountered, and being able to successfully develop a final product. It was very difficult to stare at a screen for 2 hours trying to troubleshoot a problem that should've been trivial, but we're glad that we were able to push through the disappointments and shortcomings.

We all became much more familiar with Unity after being forced to fiddle with it for hours, as well as c++ and c#, both of which were used in our program for compiling a program in a custom way and scripting in Unity respectively. Unity was by far our greatest gain, as we had no clue how to use it going into this hackathon, and we now have a decent understanding of the basics behind it.

We intend to improve VarVisualizer to make it much more fluid and usable. We have plenty of ideas to expand on our current product, such as adding sensors to allow hand gesture recognition, or making the boxes more interactive and providing a smoother user experience. We also have considered adding support for different languages in the future. 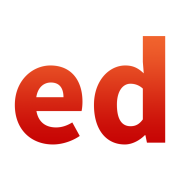