The API was written in Django and using the package “Django-Rest-Framework” you can set the environment by creating a new virtualenv and running:

Create a virtualenv and do:

the default host and port = localhost:8000

expect a json data to create and setup a new game:

The time hehe, i ended up doing something extremely MVP

Learned a lot new things about django rest framework. I had worked with it but the system only provided data to another service, so that was my first attempt to receive data from client and store it with this framework. 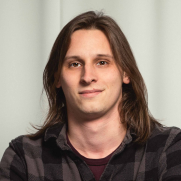