Those Spreading Rumours about Covid-19 Vaccines to be Punished under the Disaster Management Act, IPC - Indian Government

There has been a lot of rumours among social Media about the Covid Vaccine. While doctors claim that this has proved to be very effective, Social Medias like Twitter has a lot of discussions saying this was a source of the mutant which became prevalent in the UK last month. Medical Officials have denied this statement and said these kinds of rumours among Social Media must be put to an End. So as a step from our Side we built Vaccine Speaks using technologies like Natural Language Processing, Data analytics etc.

It presents a general overview of how people in different regions of the same country are satisfied or dissatisfied with the vaccine. Our App will show Among India, America the impact of the Vaccine and give an idea about what the people in that area think about the Vaccine namely in four categories - POSITIVE, NEGATIVE, MIXED and NEUTRAL. This classification is done by extracting Twitter data with its latitude and longitude

Cleaning data from tweets was a slight challenge as the emojis and other characters users use are unpredictable. Storing the data including the latitude and longitude and sending it to the React frontend using Express JS caused some issues. We were finally able to make the transition such that the application became more responsive. MapBox caused some issues while using the React useState hook. In such a case, scroll and zoom functions were not working. But we figured out our mistakes and others But we figured out our mistakes and other errors through a combined effort.

1.Preprocessing of the data wasn't easy and it took a lot of time to process it

2.Getting the Twitter data from the backend through API Calls was a bit hard

3.Making the Map Interactive and integrating with the data from the backend

4.Making the App realtime through which new tweets will be read in regular intervals and will be added to the map in real-time

We want to make this application applicable to all countries so that anyone in the world can come to access it. Also, we would like to add a feature that shows how much COVID Vaccine has proven to be beneficial to the public and testimonials for the same. 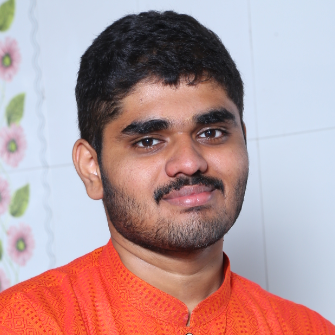