Last month, the people at Google Deepmind used neural networks to detect exoplanets by analyzing Kepler light curve data, which made us realize the power of applying data science techniques to problems in astronomy.

As we know, light is bent by the force of gravity. When a massive object transits in front of a star, the light will be bent around that object, increasing the brightness of the star as perceived by telescopes on Earth.

Scientists at the University of Warsaw have been gathering this kind of gravitational microlensing data in the Galactic Bulge region of our galaxy for several years, providing a unique data set for us to work with. The first problem is fitting a curve to this raw data. We wanted to optimize our curve-fitting instead of brute forcing trying hundreds of parameter values and picking those that fit the data the best. We turned to the Levenberg-Marquardt Algorithm, an optimization technique, to quickly select parameters for our fit function. With the help of the Google Cloud Platform, we rapidly fit over 14,000 events.

We pre-selected events that had a transit time over 100 days as a longer transit time is indicative of a black hole transit as opposed to a stellar transit. Thus we had around 700 events that were black hole transit candidates. We wanted to determine their mass. This paper (https://arxiv.org/pdf/astro-ph/0109467v2.pdf) details a way to calculate the mass of a transiting object given its transit time. However, we still needed the transverse velocity and distance to the object, data that we do not actually know. So we placed bounds on these two free parameters to find a possible range for the object's mass. Thus we were able to calculate a range for the masses of these microlensing events, which are most likely stellar-sized black holes.

Surprisingly some of these black hole's masses had an upper bound more than 100x our Sun's mass. This is indicative of Intermediate Mass Black Holes (IMBH). IMBHs are a hypothetical class of black holes with mass in the range 100 to one million solar masses. This is significantly more than stellar black holes but less than supermassive black holes, a surprising middle ground. There has been no certain detection of an IMBH, but our result provides indirect evidence that these IMBHs may exist in our very own Milky Way Galaxy. The existence of IMBHs is very exciting as they may shed light on the development of supermassive black holes like the one at the center of our galaxy.

Thanks to open source data published by OGLE, we were able to download 14,000 light curves to run our multivariate non-linear curve fitting program on. Fitting the data and implementing the Levenberg-Marquardt Algorithm was done exclusively in Matlab, and a batch script was written to run it over the large dataset. Because it is such a large number of events, we used the Google Cloud Platform (GCP) and Techila to run our program on several CPUs at once.

The rest of the project used both R and Python. R and Python were used to probabilistically determine the bounds on the transit object's transverse velocity. The rest of the analysis was done using NumPy and Matplotlib modules in Python.

None of us had any experience with ML before this. Like none at all. The other major problem is the computational expense of fitting 14,000 events, which we solved using GCP.

We found a very interesting new outlet for further research, and with our current predictions, there is a possibility that we have found intermediate-mass black holes.

Our analysis shows a strong indication of lensing events of objects with masses about 100x stellar mass. This is possible proof of the existence of Intermediate-Mass Black Holes, a theorized but yet undiscovered class of black holes. Ultimately much more work needs to be done to confirm this. A better bound on distance needs to be placed, and the curve fitting could still be improved. Ultimately, this is a promising area of research that requires more study and analysis in the future. 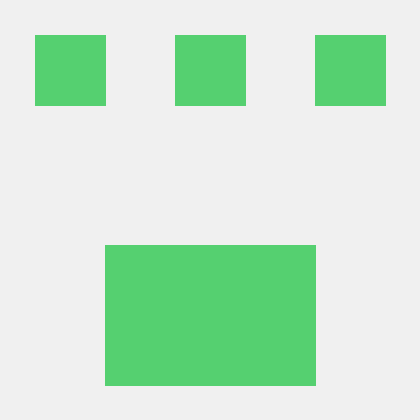