Inspiration: Communicating across the globe

What it does: It is an application similar to Skype that serves to communicate in different languages, eliminating the extra step of getting a translator.

How we built it: We built the application by using the google cloud API's for speech to text, text to speech and the translator API's using the python implementation. We also are coding a server to communicate between clients using python.

Challenges we ran into: We had problems with getting the google cloud API's to work at fist. After we got that working, we ran in to server problems while trying to communicate between to clients on different laptops.

Accomplishments that we're proud of: Getting the API's working and a server that somewhat works if ran on a single laptop.

What we learned: Servers are hard to implement.

What's next for UPhone: having a working server from different laptops. 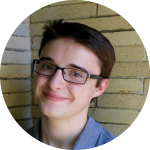