We wanted to provide useful information to University of Toronto students about their schedule in a quick and accessible way.

Lists out your schedule on a certain day, displays your class distances, displays the locations on a map, and displays directions between classes.

Front end with just HTML and jQuery. Back end with node.js.

The API we were using to retrieve information about the university's courses was bugged, but luckily the datasets that it used were publicly available, so instead we just downloaded that instead and directly retrieved information from the data ourselves.

Learning Google Maps API, working around the issue about the broken API, completing the app.

It's pretty hard to create an app in such a short time span. Even though this app seemed so simple to me, it actually took quite a while to make.

What's next for UofT Scheduler 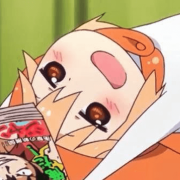