With vehicle automation and development of smarter vehicles, a significant amount of driving related safety concerns have been addressed. The sensors such as proximity sensors, cameras, night vision cameras, blind spot vision, driver monitoring systems, and corresponding algorithms have enabled and revolutionized the self-driving technology. At the same time, they have also guaranteed improved safety while the vehicles are being driven. However, not a lot of effort has been made to prevent vehicle and property damage when the vehicles are not driven or occupied. Although the damages caused during such scenarios are comparatively of less intensity and happen less frequently, the problem itself is not of negligible scale. According to CNN, there were 1.85 million car break in incidents in US leading to a property damage/loss of $1.255 billion in 2009 (source: “http://www.cnn.com/2009/LIVING/wayoflife/ 04/15/aa.avoid.car.break.ins/”). Parking lot hit and runs, and door dings have happened to almost all of us and, unfortunately, are routine incidents for some. Similarly, vehicle vandalisms of different natures such as keyed paints, dented cars, and slashed tires are not uncommon.

The presented solution is a monitoring system that senses any contact made with the car, and records the incident. Furthermore, license plate detection and facial recognition features are added along with capability to send text messages with pictures. Hence, in an event of violation, pictures will be taken, transmitted to internet to utilize IOT image recognition services for license plate and facial recognition. The results will then be conveyed to the end user in the form of text messages with relative information. The text result from license plate recognition will include alert notification with plate number and a picture of the license plate of the vehicle involved. The text result from facial recognition algorithm will include an alert notice with a picture that displays the face of the individual involved. It is to be noted that the project has focused on prototype development for proof of concept, keeping in mind that the ultimate implementation of the proposed system would be in a modern smart car with access to cameras and sensors installed by the manufacturers. This will provide adequate amount and variety of data to make this system more effective.

We are proud of the hardware which works exactly as planned, but more so of the cloud part of the project where an image is sent to APIs and image recognition is performed and result is sent to the mobile devices.

What's next for UNOCCUPIED VEHICLE SAFETY AND MONITORING

• Implementation in a smart car, experimentation with and integration of vehicles’ OEM sensors

• Improve the cameras and their FPS 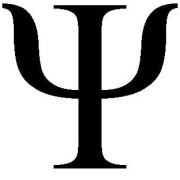