Recently, UMD has implemented a 2FA authentication system, called Duo, for all of their authentication services. This decision has received some mixed responses as many students have claimed that it feels more of an inconvenience than something useful. However, it is understandable why the university would wish to implement such a service given how widespread hacking attempts are these days. To fix this dilemma, I've created an app allows users to customize the trade off between security and convenience, providing them with more control over their logins.

Users can set pre-determined conditions in which Uno will automatically respond to 2FA checks sent by Duo. Uno does this by working with Android's Smart Lock feature and simulating user input when a notification is received. 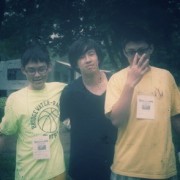