At our own universities, we've seen how nonperishable materials from events are often thrown out or wasted, even though other events purchase those same materials just days later. This means that the events lose money and environmental resources are unnecessarily strained.

We decided to create a webapp to both be able to have cross-platform compatability and write code faster. We built our frontend using Angular and TypeScript. Our content and design is powered by HTML and CSS. We use Firebase as our database. One advantage of using Firebase is that we don't need a dedicated backend to access and manipulate the database, since we can do so directly from the frontend.

One of our biggest problems was integrating Firebase with Angular. Three of us had worked with Firebase before, but only two of us had worked with AngularJS (not even Angular), and never tried to use both at the same time. We found that some of us had older versions of the Angular Command-Line Interface, which made using Firebase impossible. Updating to the latest versions of the programs we used helped, though, and we were able to use angularfire2 to manipulate Firebase directly from Angular. Another large problem was that we placed too many listeners at the beginning of the flow of the program. One of them mistakenly redirected the user to a different page after they made a change to the database. Even though this mistake seems small, it was difficult to find and correct because of the sheer number of files our project has.

We're proud that even though none of us had used Angular, we were all able to take our knowledge of other programming languages and apply them to the Angular framework and the TypeScript language.

We had many different features we would've liked to implement in the app but didn't have the time to do so. One bigger one is to use the Google Maps API and location services to only list sellers and items that are within a certain physical distance of the prospective buyers. A second idea was to use a computer vision API, like Microsoft Azure, to be able to take a picture of all of the items going on sale and be able to read them into the inventory, so that the seller wouldn't have to manually enter individual items. 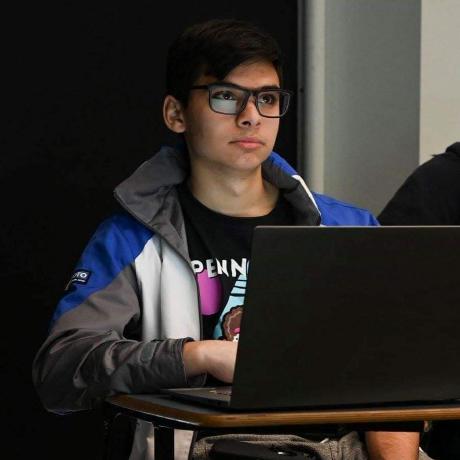