Most of universities with e-schedules have non-intuitive user-interface, haven’t mobile applications and integration with existing calendars (Google Calendar). We’ve provided a feature-complete Android app and web application prototype which allow user to create, view, edit and import schedules. Android app additionally allows chatting where each class has its own chat which is very handy if you choose your schedule yourselves and therefore have different groupmates. Web app while being a prototype allows the user to export KPI university schedule into Google Calendar.

There are lots of universities with e-schedules and a couple of mobile apps. Most of them come with signification problems, e.g. non-intuitive and non-modern user-interface, lack of features no mobile applications (Android, iOS, Windows Phone, WinRT) no integration with existing calendars (Google Calendar, iCal exports)

Example of such a simple webapp from our university proved to have really many complains from students - rozklad.kpi.ua (type ІП-22 into that field to see the actual schedule for one of the groups).

We’ve provided a solution that solves this problem:

We have a fully-implemented android app which works with https://parse.com back-end and implements all core functions of our idea. Mobile app is designed mostly for students who have custom unique schedules. The web app is not feature-complete with it’s main features but solves the problem of parsing and importing university-published schedules into user’s Google Calendar. It provides easy and user friendly interface to work with schedule. (Look at the screenshots and video). 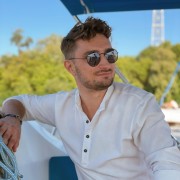