This is an audio classifier which would detect when a speaker says a filler word, such as "um". Model architecture, dataset, etc. is described below:

in this case, there is a pretrained model available, so going off of that immediately could be very convenient. However, given the model architecture, It might be difficult to run in real time. It's also trained for categorizing different types of sounds in general rather than human speech, so not sure how quickly transferable.

Here, I'll have to still train the initial model myself. However, google already has a training system set up (https://www.tensorflow.org/tutorials/sequences/audio_recognition) so that might be easy enough to build on. The performance here might not be state of the art, but this is a hackathon, and I can build on top of this later after a proof of concept.

the requirement here is an unscript, labeled dataset containing filler words such as um. I've thought about using google's or microsoft api to label some audio, but those models sometimes actively ignore filler words. That makes some sense from a design decision, but is entirely useless here.

2763 audio clips (11 seconds each) containing at least one laughter or filler instance. Overall, the corpus involves 120 subjects (63 females and 57 males). The clips are extracted from phone calls where two fully unacquainted speakers try to solve the Winter Survival Task.

In this case, we're interested in the filler instances. After filtering for that, There are a total of 2988 instances of filler moments in this dataset. Not a whole lot to be training on, but this is the only dataset I was able to find that I could actually access.

It's actually not at all balanced........ note to self: try undersampling the not um's if the initial model doesn't work

Other issue: they speak with british accents. That's likely to mess with the results.

google's predefined model operates on 1 second segments. However, in the dataset, there are 81 instances where the filler segment exceeds 1 second. However, only 10 instances contains more than 2 seconds of filler, so we can use that as a filter

A 2 second sliding window can be used to create many 2 second audio clips. They will be labeled according to whether or not they contain a filler word

question: what should I do for 2 second segments which contains a part of a filler word?

Decision: if it lasts longer than a second or is more than 90% of the original filler section, then it's a filler

the validation or testing should contain 2 types of instances:

However, the overall shape of the graph seems right. I've also tested with the provided testing options:

warning: this is where I screwed up

spent much too long trying to get this working. Many many hours spent on something that doesn't actually contribute to how this would work, leaving very little time to train my actual model

so at this point it's late at night and I realize that the checkpoint file cannot automatically accommodate the change in input and output vectors (ie. input is now 2000ms, output is now just a couple of classes)

last minute retraining of the base model. Adjusted unknown_percentage to 50 since there's only a single other class. starts right away with 50% accuracy, with makes sense as there's only 2 options. Converged somewhat at only 1.6k steps when I stopped it in order to train my actual um model. The lack of reliable validation data is really hurting right now as there isn't really a way to check for overfitting and not enough time to write something up as I still haven't finished figuring out how to get the model to predict on a real time audio stream

in conclusion: bad planning on my part

this incredibly messed up graph is the training result. The bit at the start was when I started, then restarted a training run, but couldn't be bothered to remove it. The base model trained for 1.5k steps before switching over to using the um dataset. Later on, I forgot to turn off the training run and I really hope it didn't overfit too badly, but again, validation isn't working. The fact that the model is converging so quickly might be worrying or it might just be because there are so few classes. And data. There isn't enough data.

However, it does seem to be converging to something, which is good! loss isn't going down.

This section is where I spent both not enough time and at the same time, too much time. The planned demo involved a real time beep as the speaker says a filler word (ie. um). The only inference that's really working is reading 2 second wav files and giving you a result, so that's what the demo will be. I'll add the ability to speak into the speaker, and save a bunch of wav files into a folder, which would be sent for inference. 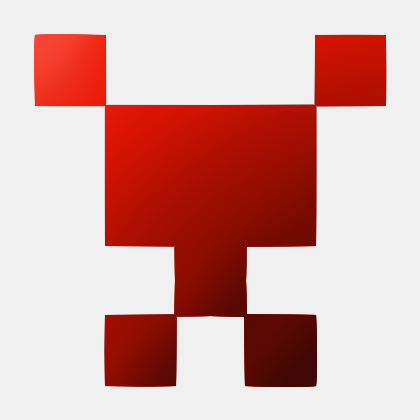