We received the inspiration through the daily online harassment that we hear about, and may even have experienced. There has been tremendous stories about teenage girls and boys facing such harsh harassment online, and even taking drastic steps due to it. It’s heartbreaking hearing such news. Therefore, we thought a learning game designed for kids around ages 10-17 years old would be the best way to teach them ways of overcoming common scenarios. After coming here, and learning about the #HackHarassment we were ecstatic that this was one of the categories, and decided to put the plan into action.

UDecide is a multifaceted knowledge builder especially for those inexperienced in cyberspace. It provides scenarios that may occur with any one of us, and lets us decide what the best decisions are through a scoreboard, and sending bad decisions to their possible dire consequences.This web application will bring users, the young boys and the young girls, to scenarios that may happen in the internet. Users will be roleplaying as different characters in different scenarios and expected to be able to think critically in order to get the right answer, which will reward the users with points. Choosing the wrong answer on the other hand, will lead users to another scene showing what the possible consequences are by doing so, and possibly some dire consequences based on real world facts.

The game is built targeting 10 to 17 years old audience in particular. This age group is exposed to many vulnerabilities in the online environment in depth these days. They need to be trained in a way they are aware how their choices can make differences in their day to day life in an online environment.We looked through some articles, checking out what are the common harassments or vulnerabilities they face in the internet or using modern technologies like social media, smart phones etc. After analyzing through the common issues faced through online harassment, we built one of the scenarios of the consequences adding unknown people in the social media using C# programming language in Unity3D IDE. Unity3D is a powerful cross-platform 3D engine, and a user friendly game development environment developed by Unity Technologies and used to develop video games for PC, consoles, mobile devices and websites. The choices the player would make will progress him/her to different consequences and finally telling him/her whether they made right choices. After completing one quest they will be prompted to the next quest, with the updated scores for evaluation.

The challenges we ran into included implementing many scenarios during one day of coding. The scenarios that we included have many complex scenarios. Coming up with the scenarios was difficult not because of the lack of ideas but choosing which ones would have the most impact with the user. We wanted the user to face difficult decisions and have to really think ahead about what their actions might lead to. Powerful scenarios that invoked an emotional response provided the best opportunity to get our actions to leave better impressions. We want the user to think about the scenarios long after they are done playing. Additionally, in Unity it was a challenge to have just one page for each scenario. Therefore, building up enough pages for several scenarios was difficult to incorporate it in one day. We overcame this challenge by coming up with one complete scenario, which can be quite common in daily life, and then making prototypes and mockups of future implementations to display our entire idea to work on in the future.

We are proud of making a working Unity application with scenario, and implementing graphics along with it to make it an interactive and fun experience for the kids playing the game. Also, since we used Unity it is usable, and in future easier to create mobile application along with web application making it more universal.

We believe we provided a service to the user by informing them about the consequences of being naive online and spreading important message about how to avoid cyberbullying. Safety is important, especially online where threats can mask themselves in familiar faces and names. There could be people claiming they want to help with a problem or that a family member needs your support. Thus knowing how to handle cyberbullying is imperative, and through this interactive game we hope to teach kids a better way to handle online harassment.

We learned about the importance of time management during coding. We also learned about dividing up this project into different tasks, making sure that each task would be taken care of in a timely manner. We learned how to create scenes in Unity application and writing scripts to add up all the scenes which makes the game. Since Unity is a fairly common game development application, it is a very valuable learning opportunity for the future.

For future implications we want to create a forum along with the game where users can discuss their own online issues or answer others’. It often becomes a challenge for kids to talk to their parents or family members about such issues, so this can be a way for them to gain advices. We realized that there might be issues of trolling or giving unnecessary answers, therefore there would be a constant moderator view of content in order to eliminate any content deemed unnecessary. Another thing we plan to add is the bitmoji integration, preferably working with Bitmoji and how integration would work out. A functionality we decided to add was to play multiplayer mode with friends so they can both answer the same question, and see who achieves more points, because games are always more fun with friends! It may help strengthen friendships and they will be able to always remind one another and have each other’s back. Another addition to add to make it a user friendly and interactive game would be to add characters, and ability to create characters through Bitmoji. It would also involve the ability to choose male or female characters thus resulting in presentation of both male and female scenarios. 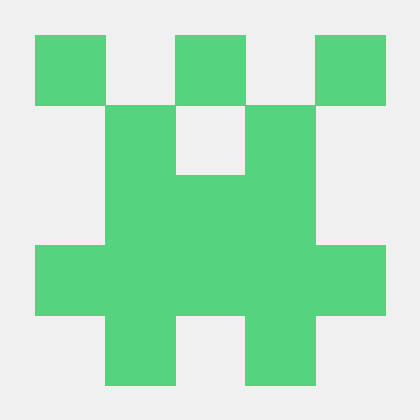