We wanted to try something new. None of us have written a simple 2D game, none the less, we decided to learn the Babylon 3D javascript engine in 24 hours, along with modeling meshes in Blender.

We couldn't fit all the features of Monopoly in our time frame, but you can buy and pay rent on other property and you can go to jail. We spent a lot of time working on our meshes and 3D modeling and we are proud on how it came out.

This was built using open web technologies, allowing it to be cross-platform. It can even be used on phones and televisions.

We had to learn 3D modeling from scratch and using a whole new framework for rendering so that was tough.

It was so beautiful that BearcatSnaps featured us on their Snapchat story. The 3D environment is fun to play with,

I learned to not focus on networking before you have the core game mechanics worked out, I spent a long time trying to work on both the game mechanics and networking, which just caused confusion the entire time and required me to scrape the networking code.

What's next for UC Monopoly

Including the rest of Monopoly game mechanics. We tried implementing web sockets to allow for using a smart TV or computer monitor as the display for the game board and using mobile phones as the controller, allowing the whole family to gather around and enjoy the game, and letting you manage your property's while it is someone elses turn allowing the game to go faster. 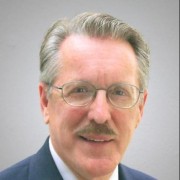