UPER is a Prototype Designer for Ubuntu Phone to make developing MVVMize automatically.

How We Solve It

UI Designers could just design their UI with HTML, the language they are familiar to. A realtime preview is provided by some css to emulate the REAL Ubuntu components. They could set some attributes to {{variable}} style, meant which should be modified by code.

After the UI design, they could then click the Generate button to export qml code and C++ template. The HTML file written would be compiled into QML ones. It would also find the correct variable to bind it to C++ code automatically. 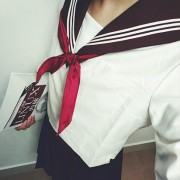