Twittemology allows you to see how words, phrases and hashtags become commonplace or viral by creating animated heatmaps showing where and when a trend started growing big. Think of it like Twitter's analytics team - who use their huge computing power to create GIF files similar to this - except for any word, and any person.

Our inspiration for the project came from "sice" – a word that's quickly become popular in Northern Virginia, especially on twitter. It can be a noun ("That was a sice!"), a verb ("Can you sice me a piece of pizza?"), or an adjective ("I'm super siced!"), but it's not used at all outside of the DC-MD-VA region. We built Twittemology to learn how and when trends like that (the Ice Bucket Challenge) started to appear.

Twittemology works by first searching a massive database of every tweet ever (all 760 Billion of them), through an API owned by Topsy. After finding every tweet that matches our search terms, we go through that list and cross-reference the tweets with Twitter's own API, to get the geolocation data from their users. Finally, we put it all together on a website, using Mapbox's mapping API.

It was somewhat challenging to work with data sets as large as 100,000 tweets, but thanks to come careful coding, some caching, and a load-balancer, we were able to make it nearly instantaneous for our users to watch the history of any word on Twitter. 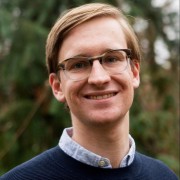