We love toasters. We love Twitch.tv. We love coding.

What better way to combine them?

Inspired by TwitchPlaysPokemon and its unique method of viewer interaction (a mass of users controlling one player character), we decided to bring the concept into the real world and create TwitchPlaysToaster! We’ve connected a couple of Raspberry Pis mounted inside upcycled toasters to a Twitch.tv chatbot that listens for specific commands, and translates that into real movement. With our built in TabForACause functionality, you can raise money just by making the toaster move.

-An Azure Cloud VM running a Node.js server monitors data taken in from a Twitch.tv chatbot listening on our Twitch.tv channel and sends the appropriate detected commands to 2 Raspberry Pis (one in each toaster) to be executed (i.e. go left, go right, etc.), while another device listens for these commands and opens a tab in a browser with TabForACause installed so we can passively raise money for charity while driving the toaster.

Learning how to use Azure Cloud and creating Virtual Machines inside it, Learning to use Twitch.tv’s chatbot API, Learning how to gut a toaster like a fish, Hacking together the insides of an RC from scratch with minimal resources

TwitchPlaysToaster has a lot of applications in the charity stream genre on Twitch.tv. Because of integration with TabForACause, our framework natively raises money for charity in a passive manner. So when coupled with a charity event like a race where each toaster is racing for a charity and the money raised goes to the winner’s charity, the code behind the scenes is supplementing the amount raised.

In addition, due the humor factor of the racers being toasters, they can be decorated and given personalities which can allow for viewers to become fans of certain toasters. This fandom and personal buy-in that comes from that can be used to leverage donations for their toaster of choice. 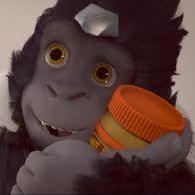