I'm a big Twitter nerd and was shocked to find there was no existing skill to share Tweets via Alexa. I was excited to dive in and build my first Amazon Alexa Skill.

The tweet process kicks off a short conversational flow to ensure the tweet is what you expected. If it is, say yes and the tweet will be sent. Voila!

Tweet Bot was trickier than I expected because the Alexa SDK does not handle open-ended input well. You can define your own custom slot types with custom utterances. For example, you may build a Pizza Ordering Skill that has a custom slot type PizzaTopic. This slot type could have utterances: pepperoni, sausage, anchovies, tomatoes, etc. But when defining a custom slot type Tweet, the utterances for it are boundless. So what I did was built a tool (which I open-sourced that generate random phrases of English words. I used those as my utterances for Tweet and it worked!

After that, it was a matter of connecting it to Twitter. Since Twitter still uses OAuth 1.0, I had to stand up a Heroku server that can do the data passing in between.

All in all, a great experience that gave me an opportunity to play with cool new technology applying skills I have been honing. :)

Definitely learning about Alexa SDK and getting it to handle open-ended input was the biggest challenge.

I learned about how conversational APIs work and the choices that Amazon made when developing their Alexa Skill API.

What's next for Tweetbot

First, it should be smart enough to handle @mentions. Most likely this will need to do some smart searching by looking at users who you have some affinity towards. Since vocalizing someone's Twitter handle will be difficult. Simple autocomplete on username would not be enough, would need to be really smart on which are the users you are most likely to mention. 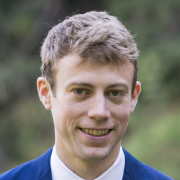