One of our members had the idea that tweets could be used to store files online via their raw bytes. A user creates a Twitter account for the express purpose of doing this. This works out well on Twitter because even though there is a 140 character limit, a file can be split up among tweets which can form links to each other (in order) by re-tweeting each other. We created basic functionality for "tweet storage" and a simple front-end app that takes advantage of this.

To extend the functionality of our hack, we had considered storing data in images - they can store a lot of data per pixel, and inherently look good (maybe people would even want to follow an account used for tweet storage!) We also acknowledge the fact that data could be encrypted before being uploaded, with the irony being that private data could be safely stored in a space as public as Twitter!! 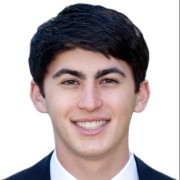