T-Rex was inspired by a desire to integrate the latest in gaming technology into an educational experience. Usually, EdTech follows gaming trends, making them less than cutting edge for kids and as a result, not very “cool”. We wanted to turn this on its head, integrating 3D sensing cameras into a full motion adventure for kids to teach them math.

T-Rex allows kids ages 7-11 to learn basic math skills up through geometry and basic algebra. It uses a 3D-motion sensing camera to allow kids to help T-Rex on his journey through the tropical island of Pythagorean. Along the way, the kid must help T-Rex solve basic math problems as T-Rex tries to find his way back to his mother. Solving the math problems and clues along the way present a problem for T-Rex, but with help from his friend, T-Rex works his way back to find mom. Using the 3D motion camera, kids don’t type in a number, they actually show T-Rex using their hands. It is no longer an EdTech on a screen, rather kids interact with the game just like they do in school - using their hands as they learn to count and solve basic math problems.

We built T-Rex by dividing our work into 3 distinct silos: full motion programming, scene and animation programming, and storyboarding. We built the scenery using Unity, a gaming engine with built-in physics. We used Blender for 3D modeling and animation, and photoshop for 2D graphics. We used an Intel Sense API in Unity to develop the 3D motion-sense gestures. We then integrated all of this work together and added in the “adventure with math”, allowing kids to use hand motions and gestures to navigate T-Rex through the island of Pythagorean.

Challenges we ran into were tracking the fingers as we integrated the 3D sense technology. We also had some initial problems with the physics integration of the movements for T-Rex.

Integration of 3D technology in a way that is useful for small kids to learn with. EdTech is rarely a first integrator with leading technology, so we are proud that we have found a venue for effective integration for education.

We learned that 3D sensing technology can be very finicky and difficult to get right. We think the technology is almost there, but still think it needs small improvements before this can move to a full beta version.

What's next for Tüter Rex: A Full Motion Adventure in Math

We see T-Rex as a potential model for revolution in EdTech games - having kids use their hands and voice to learn math, especially at young ages where kids want to use their hands to show numbers and count. This could be especially useful for children with speech disabilities to learn basic math. We plan to submit this alpha version to the Intel Realsense team for their potential integration and development in their future development of this technology. 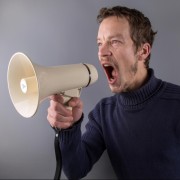