Donald Trump as a candidate and the availability of the TrumpThis.Club domain name was just too inspiring! And we bought a set of ESP8266 chips from eBay last week, and didn't have a better idea for using them!

Turn on a debate. Every time Trump says something stupid, push your button. The last player to push their button loses.

Sure, you could do this with a phone app, but this is 2015! Who has time to coach drunk people downloading an app? You can't get simpler than a button!

The ESP8266 runs Audrino-compatible code, and makes it easy to talk to the Internet over WiFi. We (and by "we", I mean Jorge) built little battery-powered units with a ESP8266, a button, and a little code that hits a webserver when the button is pushed.

The rest is just a little webserver code and some javascript! That was the rest of the team's contribution. 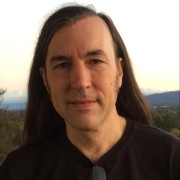