With how much the field of machine learning has been growing in recent years, we wanted to build a neural network so that we could gain a better understanding of their inner workings.

Our AI makes use of a NEAT (NEuroevolution of Augmenting Topologies) based framework that we developed from the ground up, to play the classic video game Tron.

The approach we took towards solving this problem was to split every one of the larger problems into multiple manageable smaller problems. We divided the work, and assigned it to different group members. Our teamwork allowed us to build this AI in the 36 allotted hours, despite having little knowledge of the subject matter beforehand.

None of our group members had ever developed a neural network before, and neural networks aren't very intuitive. Couple that with the fact that machine learning is a somewhat advanced field of study, and we only had 36 hours to build the project, we faced several problems designing how our neural network would work.

We're proud of how we were able to take a complex problem that we were unfamiliar with, and work our way through every step of the problem we reached.

What's next for the AI

This AI in particular won't be accomplishing much else besides playing Tron, but artificial intelligence is going to be, and already is, an enormously important thing in every facet of our lives. Artificial intelligence like the one we made are able to solve complex problems without having to understand the problem itself. By constantly evolving towards a more fit state, evolving neural networks are able to solve problems with something akin to amazing intuition, beyond what any human could ever be capable of.

Seeing a computer program play a video game just an interesting way to demonstrate it's ability to solve problems. Soon, AIs similar to this one (albeit far more complex), are already being used to trade stocks, autonomously drive cars, identify possible medical problems before they arise, and far more. 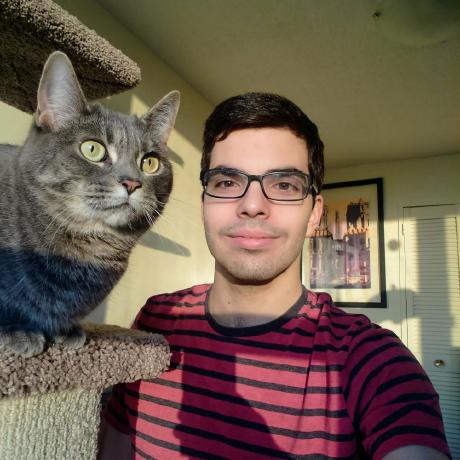