The CLE Game Co-Op is a collection of local game developers, artists and musicians supporting, promoting & growing the game dev industry here in Cleveland. The idea of playing a game with others in the stadium was immediately appealing to us and it was a short hop to AR and TribeTown Toss from there.

TribeTown Toss is and augmented reality game for Indians fanst to play on their phones taking place all over Progressive Field.

Players use their device camera's view to flick a beachball through rings, coins and powerups place above the field and throughout the stadium.

Using GPS positioning, game objects are placed in real locations in 3D space, but only viewable from within the game.

Objects like recharge stations, powerups and bonus items can be positioned throughout the park to draw fans into new or highlighed areas like the Hall of Game, Corner Bar or Home Run Club. Or can be tied in with promotional items or sponsors.

Fans play directly against others in the stadium in real time and their scores tally overall per season, drawing repeat visits from fans who may otherwise be there for just the social environment alone.

The combination of AR, GPS, 3D & Game Physics hasn't really been done before. In order to utilize existing frameworks, we had to move to an exclusively javascript-based solution. Which presented it's own interoperability hurdles.

What's next for TribeTown Toss

Porting to Unity and resolving device hurdles via native. 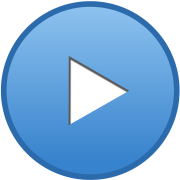