There have been many occasions where we have visited a city with a group of friends and haven't known where to go and what to do. So the travel game challenge from WebApplications was the perfect opportunity for us to build upon these experiences and create a web application that solves the issue.

When opening the website, the user are greeted with a map of the surrounding area. On this map is a marker located at a point of interest that the user must get close to, after which a task is displayed which is about said point. There are two different types of tasks; photo tasks and question tasks. The photo tasks require the user to take a photo of the landmark that you have discovered and points are awarded for correct photos. The question tasks require the user to give the correct answer to a multiple-choice question with a potential point gain of 4. After the question is finished, the next marker is placed and the game continues.

The web application was built using JavaScript with the Google Maps and Clarifai APIs plus HTML and CSS for the web layout. The server is hosted using MAMP.

We believe that our web application provides a fun and encouraging way to go about sightseeing in a city and discovering new places. We are also proud of finishing the project even though we thought of the idea quite late on Saturday.

The two team members for who the GreatUniHack was their first hackathon learnt a lot about time-management, teamwork and about programming in general. We have also learnt a lot more about the city of Manchester though our app, as we were researching the city when creating questions for the application. We also learnt about using MAMP as the server hosting system.

What's next for TravelQuest

We would like to implement file uploading for the photo tasks, rather than just relying on image URLs, which is less useable. We would also like to add more question types, such as tasks where the user enters text themselves, rather than selection an answer from a selection of pre-defined choices. It would also be preferable if the future iterations of TravelQuest would allow users to upload their own tasks for others to complete, perhaps through the user of a MySQL database. 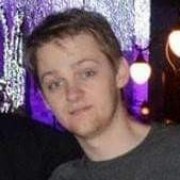