TravAlarm NYC app has all the functional and aesthetic alarm clock features, and can also receive subway updates from Metropolitan Transport Authority (MTA) of New York City and then use that information to wake you up earlier than a set alarm in case there is a delay on any 3 of your favorite subway lines. So now you can use a different line instead or just leave early to make up for the delay.

The app is available for the iPhone and Android platforms.

Chicago Tribune said: 'Use the TravAalrm app, if you don't want to wait on the platform for a delayed train.'

Featured in the WGN720 Chicago and various other Radio Stations too!

TubeAlarm (London's version of TravAlarm) was Apple's staff favourite app for a month among other popular apps like Groupon and Cut the rope.

★ Example of it working★ Suppose you set the alarm to wake up at 8:00 AM. And you take the subway 123 and Montauk Rail line to work so you set delay early wake time to 40 minutes for both lines. Then if there is a delay in the subway 123 or Montauk Rail line, then it will wake you up at 7:20 AM. It will give you a spoken warning on which line the delay is on.

Its so much more convenient to be woken up with that information instead of having to fiddle around on the internet trying to check the status of your favorite subways. Not only that you get woken up earlier so you can make up for that delay by leaving earlier or take another route into work thereby never being late again. 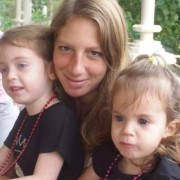