We just wanted to try building a robot, without utilising specialised components, as a proof-of-concept that one can build a basic sensor platform that moves around without breaking bank.

It moves around, obtaining input from a gamepad, and reading the color of the floor underneath it.

Rather than using a pre-built motor controller, we built our own dual H-Bridge to control two motors in two directions, using four input pins to drive the circuit with the arduino. The sensor board was simply an LED and a photosensitive diode strapped together, with the diode sensing the changes in reflection intensity.

Code was standard Arduino and Processing code. Arduino side was pretty simple, just analog outputting to four pins that control the two motors in both directions. Processing side was using a library to read joystick input and send the joystick axes to the arduino.

Because of the nature of the project and the limited availability of components, we ran into several problems related to both the structural integrity of the robot parts and the power supplied by the driver.

The fact that the robot moves at all. We really didn't expect that to happen...

Don't reinvent the wheel for robots - although it was good fun, and we improved soldering, electronic prototyping and construction skills along the way, and learned a bit more about cool ways to interface with Arduinos using computers.

What's next for Trash Bot 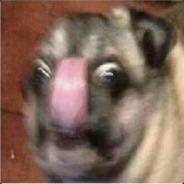