Working in the finance sector makes one realize that the worst of all crimes is White collar crime. The Coronavirus crisis brought about crime in a different fashion, where the criminals without the consideration of the people and their safety, take advantage of panic situation and profit from protective gear equipment.

Every year in Slovenia alone there are a billion worth of SAR reports submitted to the FIU who publishes the data in a transparent but very unfriendly manner when the member of the public needs days to clean up the data and obtain something meaningful out of it. This is a stand alone file not connected with the general business database to obtain even more meaningful results and to discover how and where the money goes trough our state. Moreover, just because the European Commission links one country as a problematic in terms of AML regulation, that does not mean that non-legit business operations are taking place alongside the mentioned transaction. Europol in its research report in 2017 noted that "just 10% of suspicious transaction reports (STRs) are further investigated." Does this number hold for every Member State?

The SAR implementation shows two positive options; on the one hand, another tool to bring financial criminals to justice by gathering financial intelligence from an external source, and on the other, putting pressure on obliged entities to implement an automatised system for the detection of SAR and bypass its liability for non-compliance with regulatory obligations. With a sophisticated system and a third-eye inspection, detecting tax evasions and money laundering becomes a more effective method.

The anti corruption agency link of Slovenia also follows high degree of transparency but the application could have more in debts overlook on the connections among entities within the public spending and be more user friendly if a member of a public would like to have an overlook on public spending in his community, or in the state. Not only visualizing graphs shall be added to the database, but also SAR transparency should be dully noted within the whole information system to observe which state and EU funded projects have tights in off shore companies. Building upon this application, the European Union shall implement an application to oversee the use of the European Union Budget funds, noting the whole path, going from the highest governing body to the smallest entity receiving European funding with graph visualizations.

Once the solution is presented in the smallest entity of the EU body, which is the municipality, the idea can grow all the way to the wide range of the applications, more precisely, to be in pair with the EU budget spending and a monitoring tool, that the funds were truly spent for their initial intent as OLAF noted:

What it does - the solution

The application has two parts to its execution.

With the first part, it is the intent to use AI to make a measure of the efficacy of the public spending within the corruption index or success of the governing party measure that is pertinent to the overall structure of the EU spending.

The prototype will focus to one of the smallest entities in the EU structure mechanism, in this case the municipality of Izola, Slovenia. Available data is just the one of outgoing transactions which shows with graphical representation aggregated sums of every entity receiving the money by year noting from which account money was deducted and which major was in charged at that time.

The end goal of the application is to trace the money trail from the European budget all the way to the intended recipient and show whether or not the money was used in its intended scope.

The most difficult part is cleaning up and obtaining proper data for the analysis and implementation as well as having a protective and proper computer to do desired automated tasks. At this stage, we use a small sample to expose the end project and the idea that can lead to the change of EU directives to be generalized in all Member States for the implementation of the supervisory system on the EU level, not always relying to the correctness of a single member state.

The solution’s impact to the crisis

Making official data more usable for the community to potentially investigate any wrongdoing and raise it to the higher level from an initiation of an individual member of the EU community. The Covid-19 crisis brought about opportunities for criminals to abuse the weak state of the society to profit from fear. The European Union dedicated several resources to all member states to help with the crisis and acquiring the necessity items to fight the crises, which was also abused by the criminals. The transparency of funds in the public domain will show any wrong doings committed by officials in the process of acquiring the necessary equipment. Therefore, the application will show any wrongdoings done in the time of the crisis.

What you have done during the weekend

During the weekend we have:

What I learned - The necessities in order to continue the project

The learning path brought us to the notion in realizing that even tough the European Union is trying to implement measures to protect the system from money laundering activities, state autonomy leaves too much room for some interest groups to abuse the system for their own benefit with adjusted legislations. To continue the project, several steps need to be made:

The value of your solution(s) after the crisis

Hopefully, build in functionality in a stand alone website and app to visualize where the money goes on a EU and Global level, that will guarantee the reacquisition of EU funds in case they were wrongfully assigned or even used in a criminal conduct.

In addition, there is a business plan associated with the surplus of funds. link 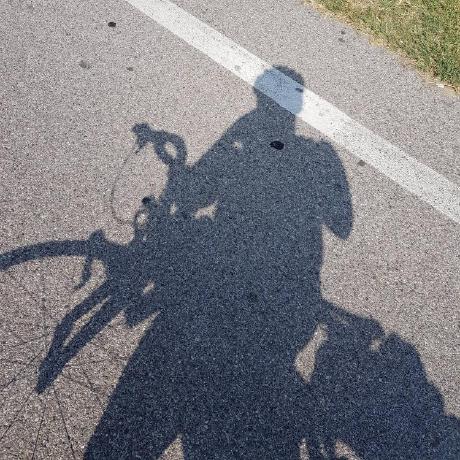