A lot of people don't know the native language of the place they are travelling to, so i built an app that can help them with that.

I built it using android studio, java, and firebase including its extensions

I wasn't able to read the images at first because the images were too blurry, which was a constant issue that i had to resolve several times. In the end it started to work better, but in the future i have plans to make the images more clear and easier for the image analyzer to analyze the image and decipher the text

I learned grit and hard work, as well as i learned how to use firebase api and extensions. This was a very interesting learning experience for me and i plan on continuing in the future. 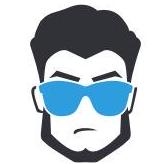