I have always been interested in augmented reality, and I wanted to make a project with the Meta augmented reality glasses. Something that immediately came to mind was the 3D holographic window systems featured in movies such as Iron Man.

Using the Win32 APIs and Unity's plugin capabilities, I was able to capture screenshots of all of the open windows on a computer at a given time, and then display those screenshots in Unity in 3D space. The effect is that the windows seem to fly off of the monitor and hover around the user. The user can then grab whichever window they want to activate and place it on the monitor screen, and then the floating windows disappear and the chosen window is activated (again using the Win32 APIs). The overall effect is that all windows on the computer can instantly and intuitively be switched to in 3D space. 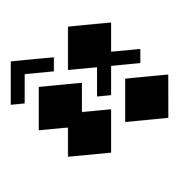