According to the Federal Highway Administration, there are 6 million car accidents and 36,000 car accident deaths in the United States annually. 25% of these deaths could have been prevented had the police and ambulance been informed earlier. Serious car crashes are extremely brutal events, where seconds can determine the difference between life and death. However, at the moment, the average time to report a car crash to emergency services is between three to five minutes.

These accidents affect not only the directly injured and their close ones but also Americans as a whole. More accident-related injuries result in an overall increase in healthcare costs, which the average American has to bear as tax and insurance. Therefore, a reduction in the severity of injuries would be of benefit to everyone.

TrafficAI is a software that detects car crashes by analyzing spatiotemporal features of a sequence of image frames over time. We used machine learning to train a CNN-LSTM machine learning model to detect car accidents over a sequence of frames. We also prototyped a web app where this could be used. From CCTV footage, the model predicts if there is a car crash in each frame, and when there is, the web app audibly alerts a security guard and provides them with real-time traffic camera footage of the crash. The guard also has a button they can easily click to alert authorities once the crash has been confirmed. This button can be repurposed to collect data in the field for continuous training and deployment.

We built a CNN-LSTM (Convolution Neural Network - Long Short Term Memory) model for identifying whether a crash had occurred given frames from CCTV footage. The model consists of a CNN portion, for which we used a pre-trained ResNet (the latest and greatest CNN variant) and an LSTM portion. The CNN extracts key spatial information from each of the frames and returns a feature vector for each frame. These feature vectors are then processed by the LSTM model, which is excellent at analyzing data over time due to it's recurrent structure. Once the model was trained, we saved it into an h5 file format which we could then use in our Traffic AI web application. The web application was created with the Flask web framework. HTML, CSS, & JavaScript were used to import in the videos, show whether or not the model believed there was an accident and play an audio cue if there was, and create a button that could be pressed to alert authorities.

By reducing the response time for car accidents to nearly instantaneous (25-30 frames --> ~1s), TrafficAi can help promote safer roads, saving lives and livelihoods. It was a difficult task to process then train the model on CCTV footage alongside create a web application. Looking at our final product, we are amazed as to how we had overcome our challenges to create this prototype of a life-saving product. Although it is not production ready, we believe it has great potential to help build smarter and safer cities.

Database: A database can be integrated with an application to capture the data for each accident, such as the time, and location. Using the data, analysts can look for patterns and act accordingly to further reduce these accidents and deaths. Continuous machine learning: At the end of the day, the model can ask the user to confirm which accidents were true and which were false positive. Using this field data, we can use continuous training and deployment to keep generating smarter models. This allows for our system to be more sustainable and self-sufficient. Google App Engine: it can be used to meet the growing usage of servers and clients, allowing there to not be too much of a load on any one client machine due to its automatic scaling. 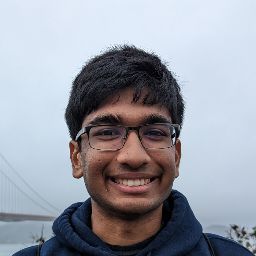