The Intel Edison has a PIR sensor which, when triggered, will turn on the webcam and will take a picture. From there, it can do one of two things (or both!). As a security device. it can send the picture to your Verizon Cloud Storage so that you can get pictures of the thief or whomever is there directly on your phone. The other function of our project is that it can be used as an advertising platform. When it takes a picture it sends the picture to the Clarifai API to help us identify what's in the picture, including logos. This can be useful information for advertisers, for example, if this device was installed in a billboard, it can identify that someone walks past with a starbucks cup and if, for example, Dunkin Doughnuts wants in on the action, they can advertise DD on the billboard the next day at the same time!

On the hardware side, we used the Intel Edison with a PIR sensor attached with a USB Logitech camera connected directly into the unit.

From the software standpoint, we used Python 2.7 to interact with the Clarifai API, USB Camera, PIR Sensor and to communicate with Verizon's API.

This was the first time we were using OAuth so it was challenging (and confusing!) but thanks to some mentors at the Hackathon, we pulled it off! 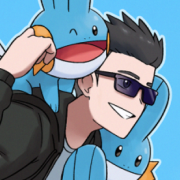