Allows user to open and close doors to go through a certain path with the object currently in display that may be a toxic waste or regular water passing underground. It's purpose is to allow users to visualize how easy it is for the toxic waste to enter bodies of water and hopefully raise awareness on how easily these toxins can get into water and thus we should be mindful of our actions.

We used pygame module from python to code the graphic portions of the code. We seperated the program into functions that accomplish each task such a function for the menu screen or a function for opening and closing the doors.

Well, originally, we're planning on creating a translator application where the user can submit a picture and our code would convert it into a text-file and translate the desired sentence. However, when searching for API's to do this, it turned out to cost hundreds of dollars that we didn't have at the moment. Though, we did find a text translator API from firebase but after countless of tries in changing the syntax, trying different versions and using an example from online, it still produced error messages. So, we decided to change our focus and instead create a program about raising awareness on the impact of human choices on Lake Erie's ecosystems. Some challenges we faced in doing so included coding for the movement of the specific toxins as the paths we created were intricate to some extent so coding the path for it to move proved to be difficult. But, after hours of coding, we eventually succeeded.

We are proud of the fact that even though we had a slow start in trying to find an API that was compatible, we did eventually think of another idea and went through with it instead of just giving up.

We learned that we should do a bit of research ahead of time to check the compatibility and feasibility of certain softwares before deciding to use it for such a time-based event like a Hackathon. In terms of what we learned from what we ended up learning how to better and more efficiently use classes and objects and how it integrate it into our code.

If we were to continue working on this program in the future, we would incorporate a time aspect to it to make it more competitive and drive more people to use this application. We could also include a level aspect to the game. For example, as you increase levels, the speed and quantity of the toxins should also increasing the level of difficulty of the game, making it more enjoyable. 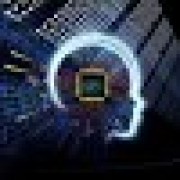