In one calendar year, approximately 1 in 6 children are sexually victimized within the United States. Unfortunately, technology has enabling instant messaging and social media has been identified as a large source of where these grave events trace back. With this information, we knew that helping the efforts of undermining sexual predators was a must, and one that could additionally be helped with through machine learning and blockchain technologies, combined with an easy-to-use user interface.

This app basically can take as an input a sentence, phrase or a few words from a conversation, and using Text analysis and machine learning can determine whether the dialogue in the conversation may be potentially considered harassment. If so, the input transcript is stored on a blockchain which can then generate a report that can be reviewed and signed by authorities to verify the harassment claim, and therefore this becomes a proof of any subsequent claim of abuse or harassment.

extracting and curating raw conversation data is slow, tedious and cumbersome. To do this well, a ton of patience is required. the ARK blockchain does not have smart contracts fully implemented yet. we used some shortcuts and hacky tricks, but ideally the harassment reports would be generated using a solidity-like contract on the blockchain Google's AutoML, although promising, takes a very long time to train a model (~7 hours for one model) There is a serious paucity of publicly available social media interaction dialogue corpora, especially for one to one conversations. Those that are publicly available often have many labeling, annotation and other errors which are challenging to sanitize.Google cloud SDK libraries, especially for newer products like AutoML often have conflicts with earlier versions of the google cloud SDK (atleast from what we saw using the python sdk)

cross validation gave our model a very high score using the test set. However, there needs to me much more data from a generic (non-abuse/harassment) conversation corpus as it seems the model is "eagerly" biased towards harassment label. tl.dr: the model works for almost all phrases we considered as "harassment". The scraper and curating code for the perverted justice transcripts are now publicly available functions on STDLib. these can be used for future research and development work

Scraping, extracting and curating data actually consumes most of the time in a machine learning project.

What's next for To Blockchain a Predator

integration with current chat interfaces like Facebook messenger, WhatsApp, Instagram etc. An immutable record of possible harassing messages, especially to children using these platforms is a very useful tool to have, especially with the increasing prevalence of sexual predators using social media to interact with potential victims. 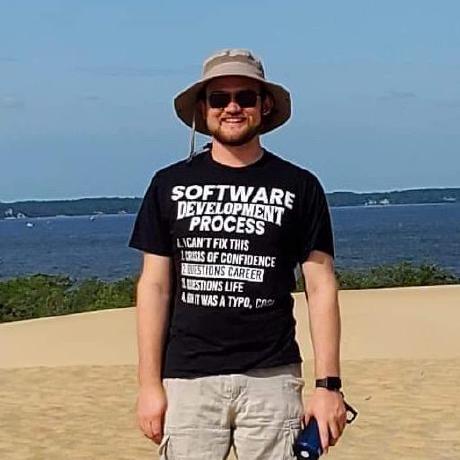