This project was inspired by the millions of people that live with Parkinson’s Disease. Currently having limited treatments and no cure, the progression of Parkinson’s disease cannot be stopped, but early detection can help as starting treatment in earlier stages of the disease can slow this progression.

PDetect takes the form of a website that has multiple metrics that, when combined, can give the user a rating and score on whether they exhibit none, mild, moderate, or severe symptoms of Parkinson’s. These metrics include age, gender, and the collection of symptoms through a mini-game that the user can play.

We started with a static HTML, CSS, and JavaScript skeleton and then we converted to a dynamic website that enabled us to include machine learning using Python. We used numerous sound and factor related datasets from open source websites like Kaggle. As for the IDE, we used both Visual Studio Code and Replit for code editing and Figma for designing and prototyping.

One challenge we ran into was incorporating the drawing of spirals into our detection algorithm. People with PD often have tremors in their hands, making their handwriting shaky. Therefore, they are unable to draw a spiral as neatly as a non-PD person would due to the hand stability necessary to draw a spiral. We knew how to make an ML algorithm to detect if a spiral was from a PD or non-PD person, but having the user input a spiral proved to be a challenge since the Python class we worked with (turtle, etc.) was not compatible with the website code and the environment we were working in. As a team, we had to pull each of our strengths and schedules in order to make the project work. Chloe and Audrey mainly focused on the technical aspects while Sri and Bipa focused on research and design.

We were proud that we were able to pull off a functional minimal viable product (MVP) despite many setbacks in which we had to change the course of our project. In the end, we were able to create a aesthetic, user-friendly website that helps with Parkinson’s diagnosis.

We learned so much about Parkinson’s disease in general as well as how to work collaboratively as a team. In our project, we had to learn how to translate machine learning predictions to three different indicators and which type of data was the most appropriate to use.

PDetect can be expanded to include more metrics, such as gathering user input in the form of drawings and voices to determine detection more accurately. 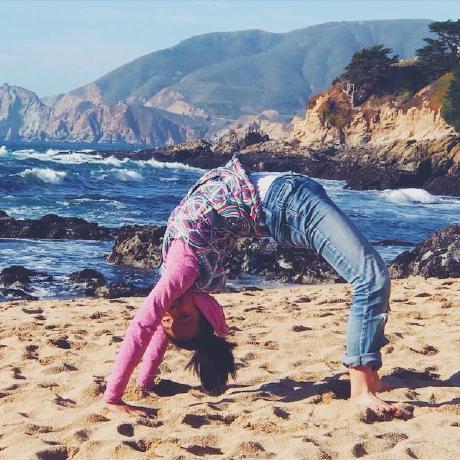