Music reflects our deepest emotions. We decided to explore this strong connection between human sentiment and melodies through the creation of Timbre. Named after the musical term describing "the personality of sound", Timbre is a web app that allows users to listen to a musical interpretation of their mood. Its concept is simple: it retrieves a sentiment score from the user's text input and automatically composes a tune based on the message.

Timbre is a great way to experience written language through the greater expressive power of musical notes. 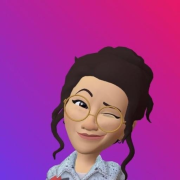