There's a face you keep seeing on campus, but you don't know the person's name. Perhaps it's been long enough that it'd be awkward to ask. Regardless, you can use this webapp to figure it out--select the most-similar faces to the one you have in mind and we can help you put a name to that mug.

At the foundation of this app is a graph search algorithm that finds the nearest faces to the user's specified face. The information is hosted in a MongoDB database over a Linode server.

It was difficult to figure out how to best look through the graph to find the nearest faces and also how to build it so that it wouldn't take a very long time (there were 5000+ faces to go through).

We are proud of being able to handle some 5000+ faces and millions of relationships that characterize them.

How to recognize faces.

An even algorithm that randomizes the results a bit and uses better initial training set to generate the graph (currently each face has three dimensions (based on their differences from three sample faces from another set), which makes the recognition very crude, so adding more basis faces would greatly improve relevance of faces). 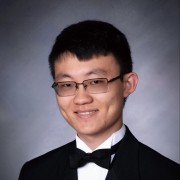