We think the true potential of embedded devices is only released in case we use true end to end connections via. IPv6. With the RIOT operating system we have a powerful realtime capable operating system for constrained embedded hardware platforms and a focus on low power consumption. It features an open IPv6 stack supporting the newest IoT protocols by the IETF as 6LoWPAN, CoAP and CBOR.

To demonstrate this potential we did connect RIOT based boards with temperature and humidity sensors to Gatesense. For this we used only open an standardized protocols and technologies. Starting with IPv6 and 6lowPan, CoAP based on UDP and CBOR for encoding the transported data.

We present a setup where a sensor is constantly gathering the temperature and the humidity. This data is transmitted over low power wireless technology to a slim gateway which only translates between the different link layer technologies and sends this towards the Gatesense infrastructure. On the other side the real-time capabilities of Gatesense are used to push updates to some actuators. These actuators are also connected by wireless low power chips and do display the most recent data by setting the color of the attached LED light stripes. 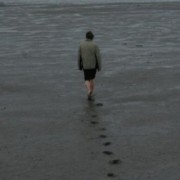