The Good Feed is a web application that is intended to be a resource to help those struggling with mental health, more specifically those who are Muslim. The app provides general mental health and Islamic resources in the form of a feed. You can find the site here: https://salmafarah.github.io/thegoodfeed/.

The Good Feed was created as a project for Ummahacks. Our goal was to create a minimal viable product which included the following tasks: Create 6 emotion pages: Fear, Anger, Sad, Happy, Anxiety, Meh

The Good Feed started as an idea to create a more positive feed in the age of social media and to eliminate the typical negative feelings that arise from using social media, such as comparison, creating feelings of inadequacy, FOMO, suppressing your feelings, information overload, and feeling lost emotionally and spiritually. During these difficult times we wanted to create a platform that would inspire hope and bring beneficial resources to people. We then expanded our original app idea to include mental health and Islamic resources. We want users to leave this app feeling much better about themselves along with more hope and connection to their faith compared to the usage of other social media platforms.

Our user base consists of Muslims who speak English.

The Good Feed is a web app that asks the user how they’re feeling that day in the form of a question on the home page. Once the user chooses an emotion emoji out of the six available options, they are taken to a new page that displays a grid of images that include different quotes, books, videos, podcasts, hadiths, ayahs (verses) from the Quran, and art pertaining to the emotion selected. An emotion navigation bar is also available on each emotion page that allows users to navigate to all the other emotion pages within the app.

The team started by brainstorming if the app was going to be a web application or a mobile application, deciding what the app should be about, the audience it would target, and how it’s going to make a difference in the Ummah. Mental health was chosen as this issue is not often discussed within our communities and is relevant to current events. Research was then done to find similar apps that were built prior to The Good Feed. There weren’t any mental health apps for the same user population. A few apps like the ‘Tappily’ and the ‘Sujood’ were used as inspiration. We also used popular social media sites, such as Instagram, Pinterest, Facebook, and Twitter, as inspiration to help make a feed that the audience was familiar with. Various mental health and Islamic websites gave us ideas on what issues and solutions should be included. Trello was used to gather resources and keep track of the progress made while building the app. To help navigate the creation of the web application, user stories were also used. A Google folder was used to hold all our documents pertaining to the project.

Figma was used to create a prototype of the design that was used in the app. When choosing a color theme, a unanimous decision was made to use pastel or pastel like colors. A color was chosen for every emoji represented within the app.

Before the app was started to develop, what languages and framework to use was discussed. The frontend of the app was built using React, JavaScript, HTML and CSS. For the backend, it was decided against using a database, since storing images in a database would have been an unnecessary layer to add when another alternative existed that simplified development, which was Imgur. Imgur stores images and provides URLs to access each image. Each team member designed a minimum of one emotion page and selectively picked the design, layout, and theme of each emotion page. After the app was developed, it was tested to make sure that it worked as expected and any bugs that were encountered was fixed. Then, the final product was deployed to GitHub, where it is located at https://salmafarah.github.io/thegoodfeed.

Next Steps and Goals

We plan on adding more features in the future, such as the following: 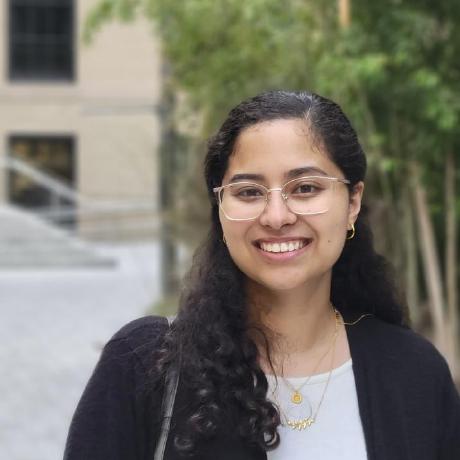